If you are a fan of the dog featured in the award-winning film As Good as It Gets, then you are one of the many who adore the Brussels Griffon. This small dog breed has remarkable physical features with a stand out personality.

Easily confused for a little terrier, the Griffon is a spunky pup that makes an easy to carry around loyal companion. Quite energetic, this pup has a peculiar character with high affection and intelligence. The Brussel Griffon is a relatively rare breed so let’s go ahead and learn more about him. 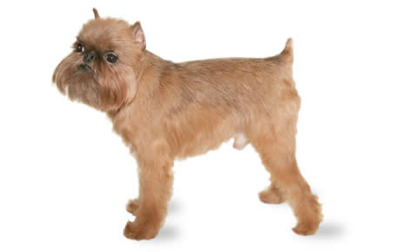 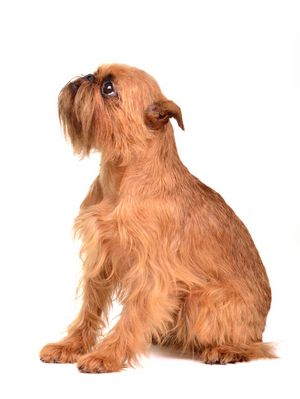 The Brussels Griffon traces its origin back to Brussels, Belgium’s capital city, at the beginning of the 19th century. Known as the Griffon d’Ecurie, this adorable dog was a former Belgian street dog initially bred with the specific purpose of hunting rats and vermin found in the horse stables.

In the 1800s, interbreeding with the Pug produced a Griffon with the crowning rounded head and large expressive eyes. The small size and wiry coat came from the breed’s Affenpinscher and Toy spaniel heritage.

In the 1870s, dog-enthusiast Queen Henrietta Maria of the Belgians endorsed the breed, and the Brussels Griffon’s popularity grew tremendously across Europe as a house pet. The breed was shipped to the United Kingdom and America, and in 1910 the first Griff was registered by the American Kennel Club.

As it happened with other small dog breeds, the Brussel Griffon faced a significant decline in numbers during the World Wars, nearly becoming extinct in Belgium. Breeders in England fought for the breed’s sustainability and for a time, the dogs were only owned by the few rich who could afford them.

In Belgium, there are three types of Brussels Griffons: the Petit Brabancon (also seen in the United States as the smooth-coated), the Brussels Griffon (has a rough red coat) and the Belgian Griffon (rough coat with the exception of red color).

The Brussels Griffon is a small breed with a sturdy body and short, muscular front legs. He has little round feet with black pads and arched toes that enhance his purposeful trot. This breed’s most outstanding feature is its human-like face, with beautiful large eyes and a moustache covering his muzzle.

This little pup has distinctive small ears that may be left natural or cropped depending on the owner’s preference. He has a round head with a dome-like forehead. The high tail is one-third of the length of his body.

The breed’s coat is either rough or smooth, with coarse, wiry hair. Coat colors include reddish-brown, beige, black, and black and tan. Mature Griffons may have a grey muzzle.

Generally, most mature Brussels Griffons stand at the height of between 7 to 8 inches (17cm to 20cm) and weigh between 7 to 12 pounds (3kg to 5kg), depending on the dog’s diet, and because of his ancestry, it is not uncommon for a Griffon to be up to 20 pounds.

Despite having a self-important bossy attitude, the Brussels Griffon is a cuddlesome, family-friendly breed. The Griff is famous for being picky about who he plays with but is still accommodating. When showed love, the Brussels Griffon gives back affection tenfold to his owner through loyalty. He likes cuddles and can be therapeutic to lonely people.

This small dog generally hates being left alone, and feeling ignored will cause him to find a way to express his displeasure. Early socialization and positive training methods will produce an amiable temperament.

Brussels can be timid but sometimes throw challenges impressive to its small size.  When interacting with larger dogs, they might end up in conflict with other animals.

The Griffons love learning new tricks and can take part in agility exercises. Training is vital to growing your Brussel holistically, and they learn best from two or more people. The breed is brilliant, learns commands quickly, and gets highly motivated by rewards.

Housetraining can be challenging, but consistent crate training can provide positive results.

Griffons have a very hyperreactive nature, and they do not respond well to harsh training methods. They have a high degree of intelligence and bond quickly with their owners, making them easy to train. It is better to gain his cooperation by making him believe it is his idea.

Being a very energetic breed, the Brussels Griffon requires daily sessions of low-intensity activities. They have a playful character, which is adored by many. They are alert and enjoy a nice walk in the park or a jog for a shorter distance depending on the weather.

The amount of food to serve your Griffon depends on his age, activity level, and size. Consult with your vet if you have any concerns about your dog’s weight or diet. Ensure your Griffon has access to clean, fresh water at all times.

The grooming requirements of the Griffon depend on the type of coat that he has. A rough coat needs more brushing, averagely three to four times a week, with coat stripping once a month. A smooth coat needs brushing once a week.

Wiry coated Brussels are considered hypoallergenic dogs, although they release and shed dander that may cause allergic reactions.

Like other small dog breeds, the Brussels Griffon is fragile and can be hurt easily by stepping or sitting on them. He requires constant supervision and surveillance. It is advisable always to keep them indoors or in a safely fenced yard.

The Brussels Griffon can quickly adapt to living in any apartment size or yard. He can adjust to either rural or urban settings, and climate not being a significant issue. Owners should regulate outdoor activity during cold and hot weather. This dog breed is susceptible to heatstroke, and any irregular panting and sluggishness show the first signs of heat exhaustion.

The Griffon has an average lifespan of 12 -15 years.

Griffons are generally healthy, but like small dog breeds, they face certain health conditions. Not all Griffons will suffer from conditions like hip dysplasia and patella luxation. Griffons are prone to skin allergies. Their eyes can be easily scratched and irritated. The vet should check any excessive rubbing or red eyes.

At All The Small Dog Breeds, we specialize in all things small dogs. We love the Brussel Griffon because he loves people. Though he thinks he runs the world, he is a Velcro dog that likes to stick to his owner’s side.

Adorably referred to as “monkey face”, this small dog is cheerful and affectionate. He is unique and thrives in homes with empty-nesters where he can get all the time and attention he craves.

Choose a certified breeder or visit your local animal shelter to introduce yourself to this handsome small dog breed.