One of the most intelligent small dog breeds is the Poodle. This impressive breed easily takes Best in Show because he is highly trainable and motivated to work. This gorgeous dog comes in three sizes and is renowned for being affectionate, playful, and dignified. 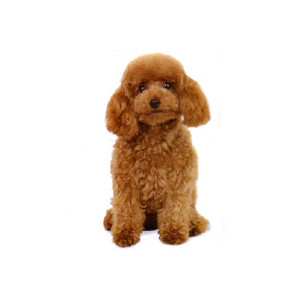 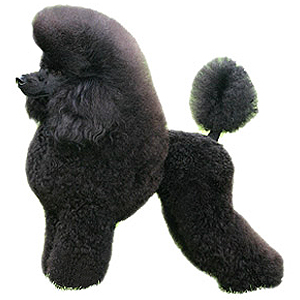 The Poodle is an old working dog that was used in Germany for hunting waterfowl. It is believed that some of his ancestors include German, French, Spanish, Portuguese, Hungarian and Russian water dogs.

The breed name is derived from the German word pudel or pudelin, meaning to splash in the water. The French call the dog Caniche which means duck dog.

A separate origin story claims the Poodle is a descendant of Asian herding dogs who eventually became the German water dogs. Another theory is that the North African Berbers brought their ancestors into Portugal in the 8th century.

In the 1400s, the breeding of smaller Poodles began in France with the first being the Miniatures and later the Toy. Their creation involved the mating of small Poodles and not the use of any other small dog breed.

The large Standard Poodle was used to hunt for ducks while the Miniature would sniff out truffles in the forest. The Toy version was strictly used as a companion, especially by the French noble and wealthy who often carried them in their large shirtsleeves.

The first Poodle was registered by the Kennel Club in England in 1874. The American Kennel Club did the same in 1886.

No matter the variety the Poodle has a square body that is well proportioned. His dark eyes are oval-shaped and set apart to create an alert expression. This dog has a long elegant neck, a long muzzle and dropped ears.

The Poodle’s coat is curly, wiry, dense and comes in the following colors:

The Poodle is an affectionate and loyal dog. Even though he carries himself with a dignified attitude, he can be goofy and mischievous. He loves games and is always willing to play.

A lover of people, this regal dog is eager to please and has a calm disposition. He doesn’t warm up immediately to strangers, is protective and might let out a warning bark to alert his family.

The Poodle is outstandingly intelligent and highly trainable. He is amazingly clever, learns fast and remembers everything.

Not training the Poodle is surmount to spoiling him and allowing him to think he is the alpha dog. This happens often with the Toy and Miniature varieties because they are small and adorable.

Originally bred to be a water retriever, this dog excels at dog sports like obedience, agility and hunting tests. Obedience training keeps the Poodle thinking and learning. A bored Poodle will look for ways to keep entertained which might be destructive.

A Poodle requires regular exercise to burn off his high energy. Some owners claim that the Toy and Miniatures varieties are higher strung than the Standard Poodle.

The amount of food given is dependent on the Poodle’s size, age, metabolism and activity level. High-quality dry dog food goes a long way to providing complete and wholesome nourishment.

Divided into two meals, the recommended amount for the three sizes is:

When overfed, the Poodle can gain excess weight and put a strain on his joints. He should be kept active and fed on schedule rather than constantly leaving food in the bowl. No matter how much he begs, he should not be given table scraps and treats should be limited.

As a water dog, the styling of the Poodle’s coat is deliberate and practical. Trimming lightens the weight of the coat allowing him to wade in the water without getting caught on underwater debris. The longer fur protects the joints and vital organs from the cold.

Although this dog is a non-shedding breed, the Poodle’s coat is high maintenance. Many owners choose to use professional grooming services every month to keep the coat looking healthy and beautiful. Others learn how to do it at home which takes a lot of time and effort, while others choose to simply cut it all off.

Brushing and bathing should be regular to keep the dog clean and the coat tangle-free. The Poodle’s face requires regular cleaning because of tear stains and the drop-down ears should be cleaned and kept dry to prevent ear infections.

The people-friendly Poodle loves to stay close to his family and cannot live outdoors. When left alone for long periods, he gets lonely and suffers separation anxiety.

As long as he gets adequate exercise and companionship, he will be comfortable living in an apartment or house with a yard.

Because he learns quickly, owners need to make sure they don’t accidentally teach the Poodle bad behavior.

Generally a healthy breed, the Poodle is prone to certain diseases.

Ideal for people with allergies, the Poodle is a wonderful companion. When well trained, he gets along well with children and other pets and is a welcome addition to any home. Intelligent with a lot of energy, he fits in well with a family that is active and can provide all the love and attention that he needs to thrive.

The journey of adopting a dog requires a lot of preparation. Here at All The Small Dog Breeds, we have compiled informative small dog descriptions to help choose a furry friend who best matches your household and lifestyle. We help you connect so you can benefit from a loving and rewarding relationship that being a dog parent provides.